POPFile is using Kakasi as the Japanese 'wakati-gaki' parser now. If we use MeCab, does the accuracy change? And when using the simple parser (splitting words by character kind) ? 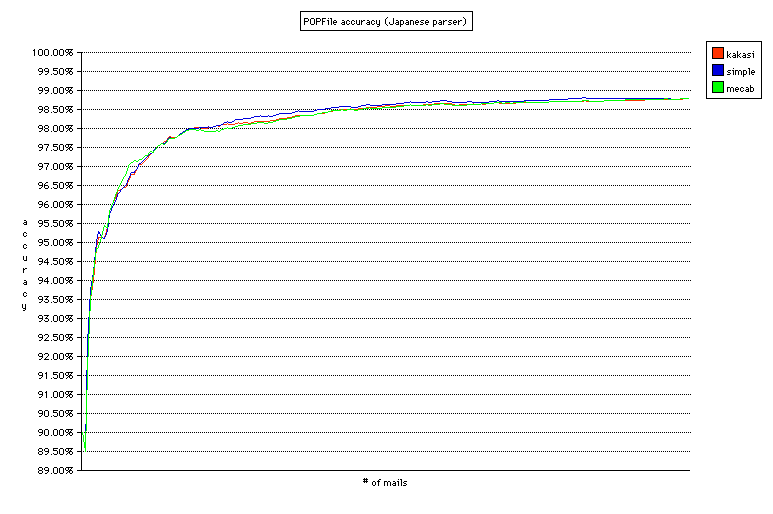 Since the simple parser does not require any external modules, I want to create a new option to use it as Japanese parser in the next version of POPFile.